How Indonesia Attempts to Address Inequity in Access to Quality Education: The Case of Junior Secondary Schools in Yogyakarta 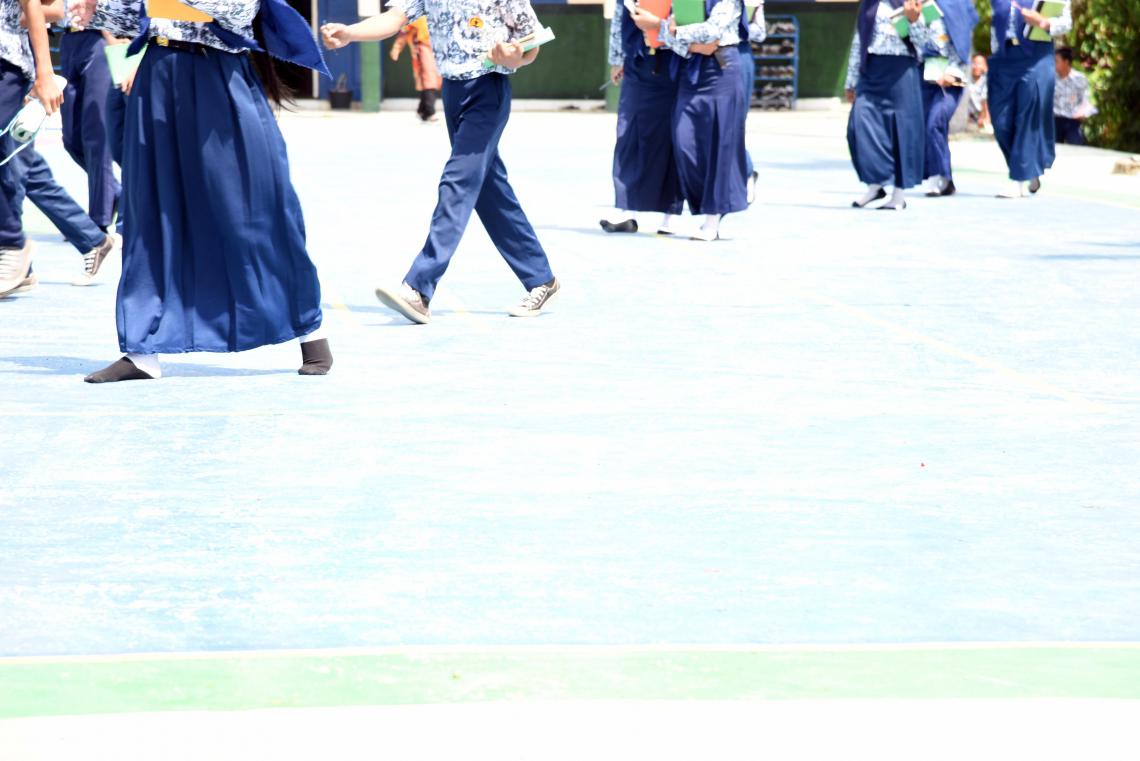 Basic education in Indonesia is compulsory and includes six years of primary school (Grade 1-6) and 3 years of junior secondary school (Grade 7-9). In the past decades, Indonesia has achieved huge progress in improving access to basic education. As of 2019, net enrolment rates were 98 percent at the primary level and 79 percent at the junior secondary level. This achievement can be largely attributed to government efforts to provide free education in public schools. Nevertheless, Indonesia still faces the challenge of improving equity in access to quality education, specifically at the junior secondary school level.

However, the free quality public junior secondary schools only serve about 70 percent of students nationally. In the past, admission to public junior secondary schools was based on student performance on the Grade 6 exam, set by the province and administered in all public and private primary schools. Students who were not accepted to public school had to attend private school (although private school fees were partially subsidised by the government in several regions).

Under this system, students with a high Grade 6 exam score, referred to as high-performing students in this blog, were admitted to the public schools. These students were more likely to come from wealthy families. Meanwhile, the students with a low Grade 6 exam score (or low-performing students), many of whom came from poor families, generally had to pay to attend low-quality private schools. While high-quality private schools do exist, their fees are high making them unaffordable for poor students. As a result, the previous admission system led to inequity in access to quality education, putting poor and low-performing students at a particular disadvantage.

Changing the school admission system to address the inequity issue

Recognising that the admission system was denying the poor and low-performing students access to high-quality and free education, the Indonesian Ministry of Education and Culture changed the admission system in 2017 for public junior secondary schools from one that was entirely based on the Grade 6 examination scores, to one that prioritises the student’s house-to-school distance. This new admission policy is colloquially referred to as the ‘school zoning policy’. The policy allows the students that live near public schools to enroll in them. The central government expected this new system to promote equal access to quality education. While the central government released the school zoning policy in 2017, Indonesia’s decentralisation system gives local governments broad latitude to decide on how to implement the policy in their region.

Before the school zoning policy was enacted, all seats in the public schools were allocated based on Grade 6 exam scores. For 75 percent of those seats, there was no consideration of students’ economic background. This policy extended to students in Yogyakarta’s suburbs, such that high-performing students from outside of Yogyakarta City could attend public junior secondary schools in the city. The remaining 25 percent of seats were reserved for students from poor families, but seats were still allocated according to test scores such that the highest-scoring students among those receiving social benefits were admitted (see table below).

When the school zoning policy was implemented in 2018, 75 percent of the seats were reserved for students who lived closest to the school. Meanwhile, only 20 percent of the seats were designated for students to be admitted based on their Grade 6 exam scores. The remaining 5 percent was for transferred students that moved to Yogyakarta due to natural disasters in their place of origin or their parent’s job assignment to Yogyakarta.

Students applied for public junior secondary schools online. In 2018, students chose the admission selection criterion category that applied to them and listed the 16 public schools in the order of their preference. They could choose to list less than 16 public schools on their preference list. If they chose to list only three schools, for instance, they would only be considered for these three schools. The selection process aimed to allocate the students efficiently by using the deferred acceptance mechanism. The school selection process in 2018 was carried out as depicted in the figure below. 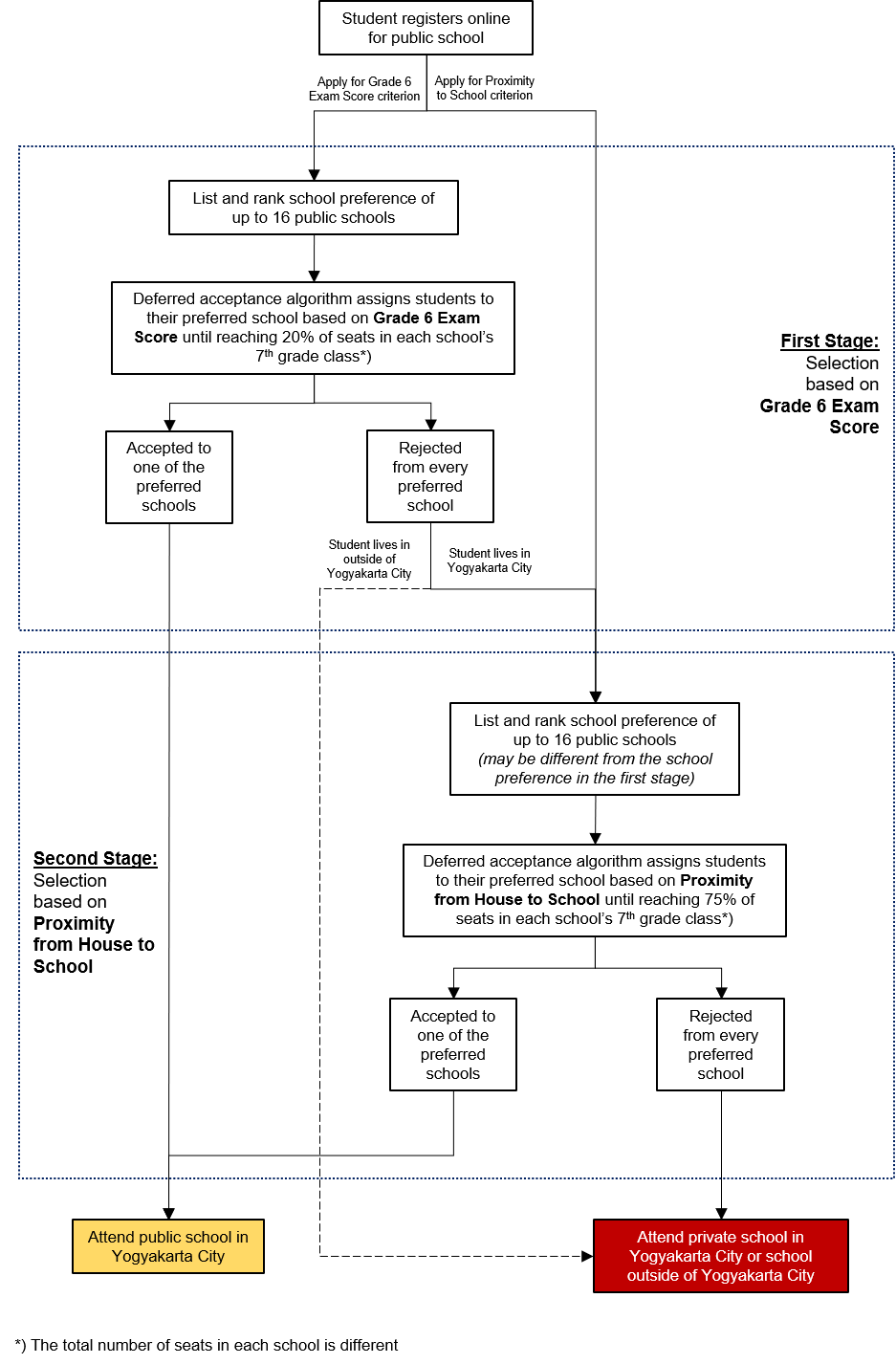 Students could apply through two stages: one where selection was based on Grade 6 exam scores and one based on the proximity of their house to the schools. In the first stage, the deferred acceptance mechanism ranked students according to their Grade 6 exam score and the students’ stated school preference. If a school was in high demand, the seats were filled with the highest-scoring students. At this point, the selected students did not have a confirmed seat yet. The students that were rejected from their first school preference were assigned to their second school preference. The mechanism ranked them together with the students that were selected based on their first school preference and filled the seats again with the highest-scoring students. This continued until all seats of the schools that students applied to were filled. Simultaneously, transferred students from outside of Yogyakarta were selected based on the local government’s discretion using information on the students’ transfer documents (not shown in the above figure).

Note that students did not have to apply to the school that is closest to their house in the second stage, even though they had the highest chance of being admitted to that school. If they preferred other schools over their neighbourhood school, they could indicate that on their school preference list. However, leaving the neighbourhood public school off the list would increase the risk of having to apply to a private school. 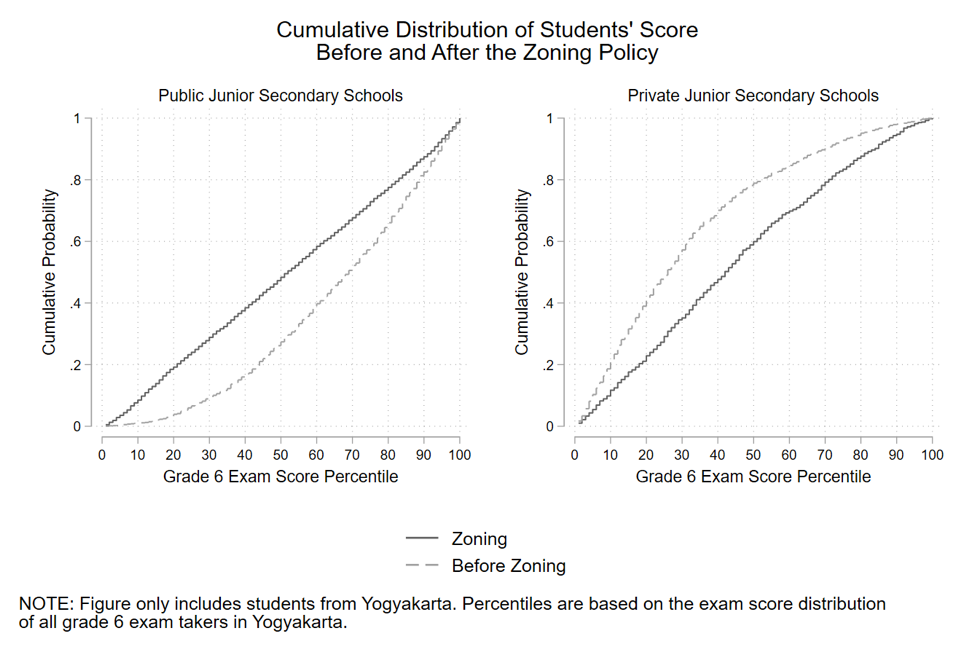 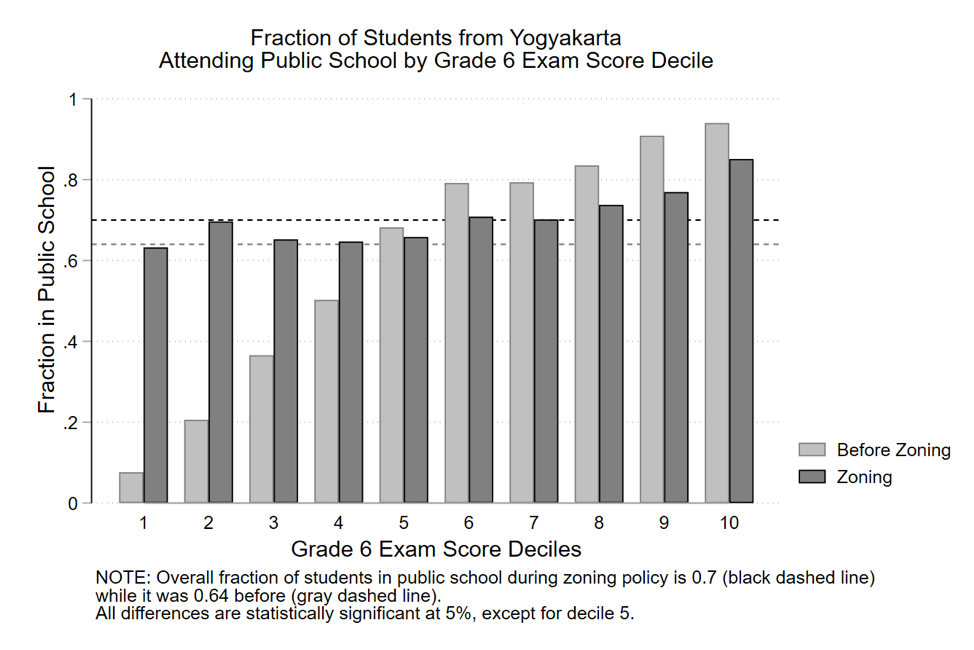 Despite the success of the zoning policy in improving access to public schools in general, our second blog reveals that the poor and low performing students still did not go to the best quality public schools that they could attend. The second blog further explores the reasons that underlie such phenomena.