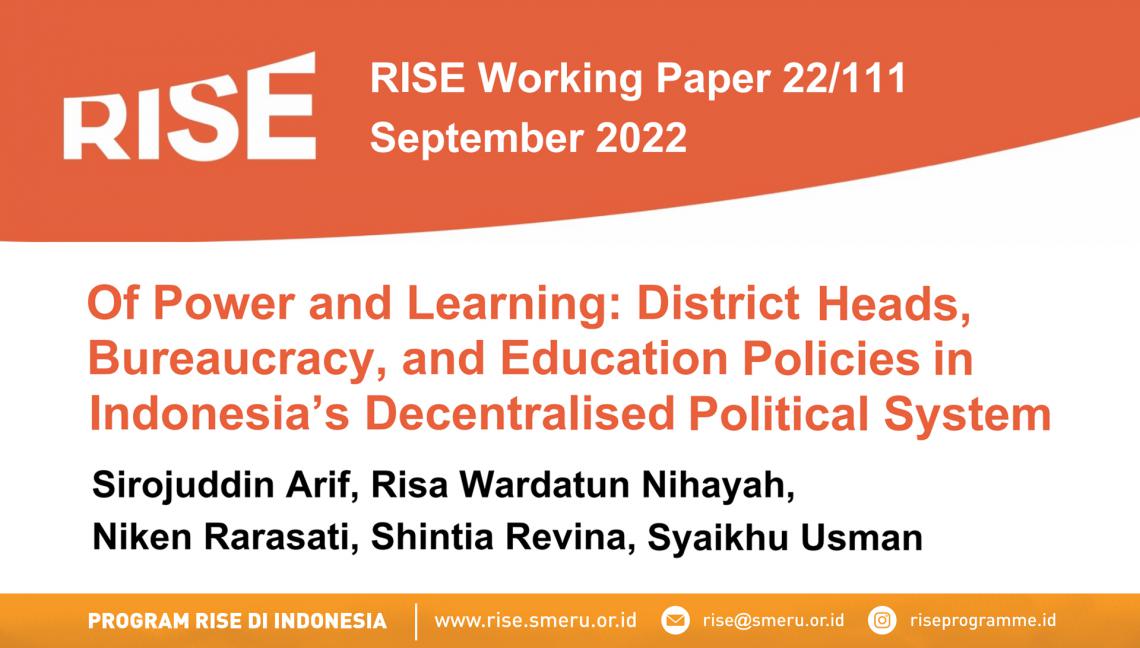 This paper examines the politics of education policies in a decentralised political system: Under what conditions does decentralisation promote learning-enhancing policies?

Despite the numerous works that have been written on decentralisation and education, little is known about how politics influenced local education policies. To address this problem, this paper looks at the linkages between local politics, bureaucratic capacity, and the development of learning-enhancing policies in Indonesia’s decentralised political system. More specifically, it assesses how regional variation in the discretionary power of district heads over employment decisions in the state bureaucracy explains the variation in local education policies in four districts in Indonesia.

This is one of a series of working papers from RISE—the large-scale education systems research programme supported by the UK’s Department for International Development (DFID), Australia’s Department of Foreign Affairs and Trade (DFAT), and Bill & Melinda Gates Foundation.