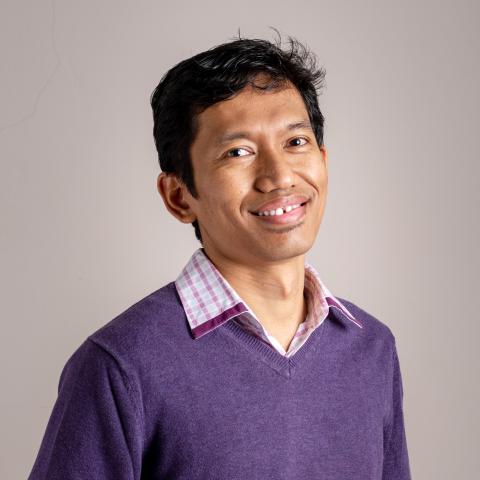 Sirot’s research interests include social policy and political economy of development. With the RISE Programme, he undertakes a study on the impact of principal performance on student learning outcomes in Way Kanan District. Sirot holds a PhD in political science from Northern Illinois University (2019); two masters in social anthropology from the University of Oxford (2007) and in Islamic studies from Syarif Hidayatullah State Islamic University (2006); and an undergraduate degree in anthropology from Gadjah Mada University (2003). Before returning to SMERU, Sirot worked as a research assistant for the Office of Institutional Effectiveness of Northern Illinois University and a national consultant for the evaluation of the EU-UNDP Support to the Justice Reform (EU-UNDP SUSTAIN) in Indonesia.