The Long Road to Achieving the Dream of Becoming a Teacher 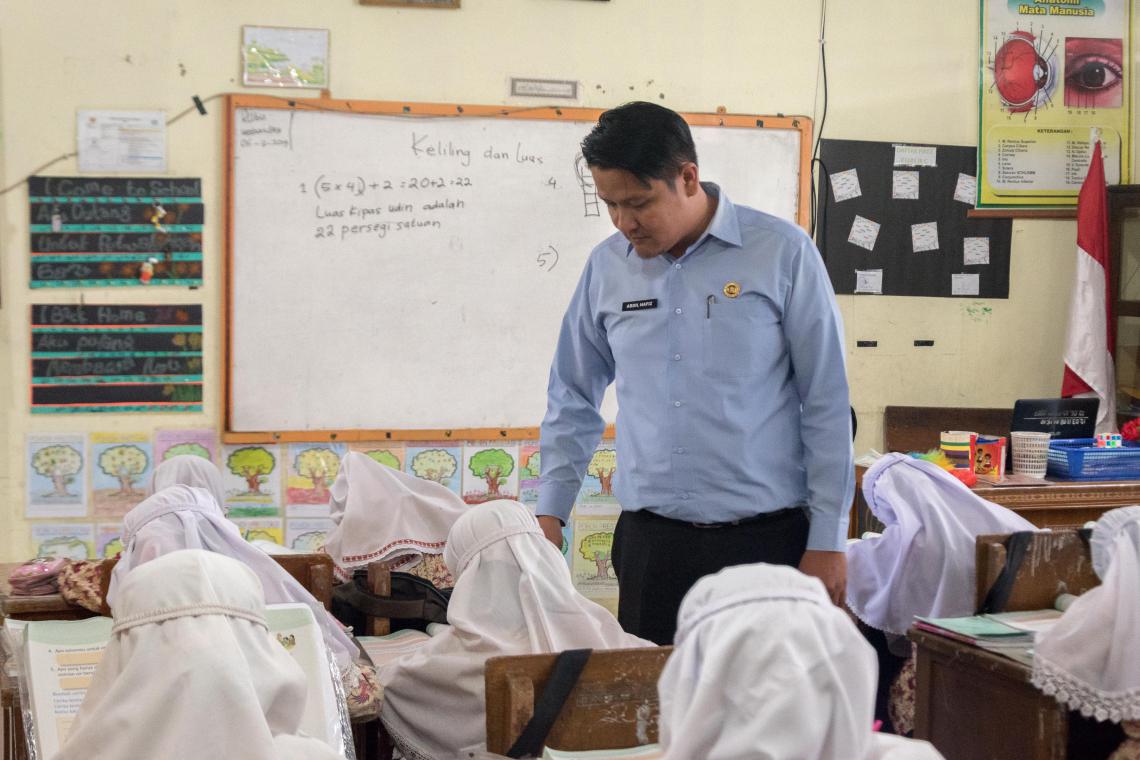 This article is part of the Teachers’ Notes series on the arduous process of finding a teaching job.

After completing my undergraduate in 2014, I took the civil servant selection exam in Jakarta. But my score was below the passing grade, so I failed in the early stage. I was sad because I thought my hope of becoming a state civil servant had been dashed.

So I went to look for a teaching job at primary schools through the campus website, Google, and asked my friends who were already working as teachers. I took the chance to apply to one private primary school in Jakarta, although at first, I was hesitant because my parents objected to me leaving the city (I lived in Klaten, Central Java).

Several weeks later, I got a letter sent in the mail. I opened the letter hastily because I could not wait to read it. I was sad again after reading the letter because my application to the private school was denied. Apparently, I didn't read the job vacancies carefully; I was rejected because I didn't meet the religion criteria.

Although I failed the civil servant test and did not get hired as a teacher at a private primary school, I was still keen to work as a teacher. I kept looking for vacancies, but this time for an honorary teaching position at a school near my home. My efforts finally paid off. In July 2014, I was hired at a public primary school not too far from home.

The teachers and staff at the school welcomed me warmly. I was assigned to teach Grade 3. At first, I lacked confidence because I did not know the students yet. After a few days, I was able to adapt to the school environment and the whole school community.

It’s hard to believe that I taught at that school for three years. I was quite comfortable [working there] even though as an honorary teacher, I only earned 300,000 IDR per month. I did not take this job for the pay but rather to get real classroom teaching experience.

In 2018, I attended Pre-Service Teacher Professional Education (PPG Prajabatan) programme for one year and took a teaching leave of absence. I was motivated to participate in PPG to get a teaching certificate. I heard that teachers were required to hold the certificate at that time. So, when I had the chance to join PPG, I took it. I felt lucky to be able to join the Programme because it was subsidised by the government—I did not have to spend any money on it.

My experience of undertaking PPG was truly memorable as well as tiring. There were many assignments and activities I had to do. But I definitely obtained new knowledge, and as a teacher, I was more prepared to face the times.

I was happy when I finally completed PPG and graduated. All the exhaustion paid off because my one-year study was pretty smooth. I now hold a teaching certificate and am more confident with being a teacher.

Becoming a state civil servant is the dream for many, myself included. In addition to participating in the PPG, in 2018, I re-took the civil servant test for the primary school teacher. It was quite challenging. Managing the time to do all PPG’s assignments and study for the selection exam was indeed exhausting.

After getting through the many, long selection stages, my exhaustion paid off. At the end of December 2018, I received the notification that I had passed the selection process and officially became a prospective civil servant. I got a placement not far from my home. I am now pursuing a new career as a primary school teacher at a new school.

I am happy to have achieved the dream of becoming a civil servant as well as a primary school teacher. The path that I had to go through to get to this place was long and filled with obstacles. Maintaining a strong belief and never giving up brought me to this stage. Of course, prayers and blessings from my parents also played a role in pushing me to achieve my dream.

*This Note was written by TA, a primary school teacher in Central Java.