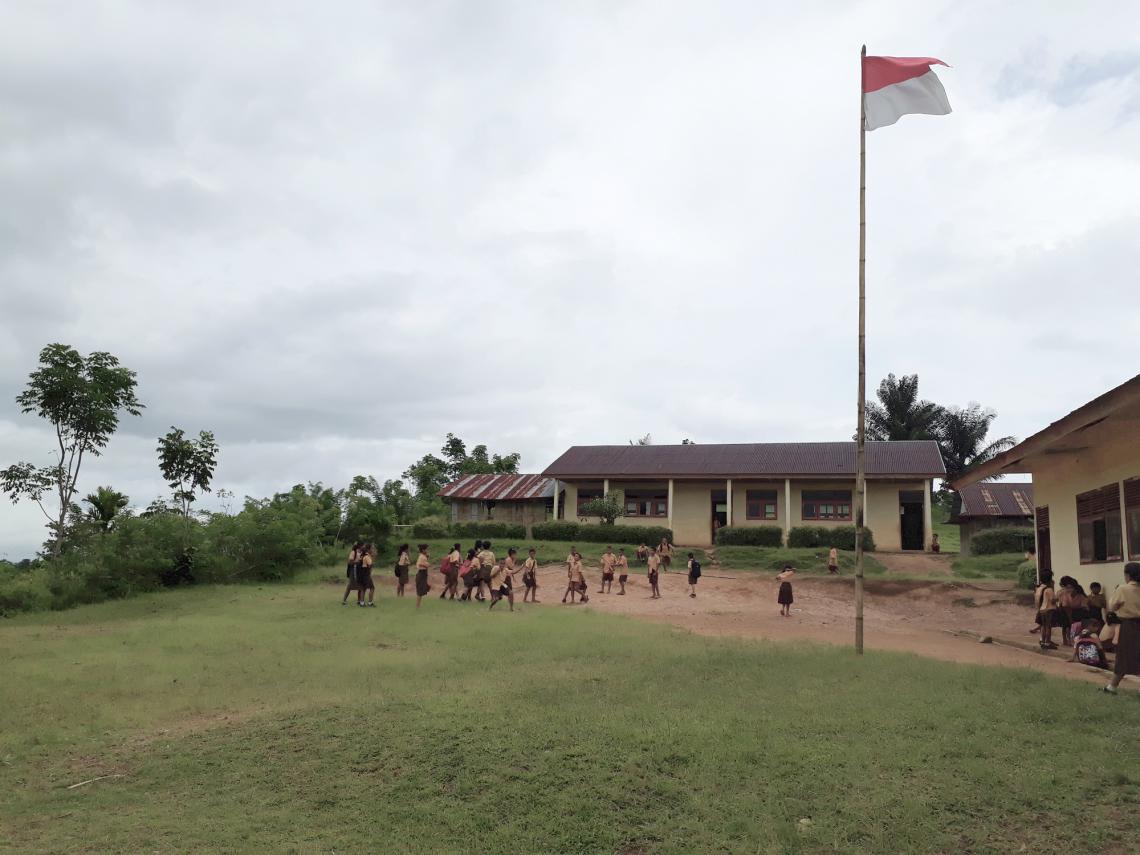 This article was originally posted on The Conversation Indonesia and has been translated by RISE team.

The Indonesian education system is confronted with many acute problems.

More than 55 percent of Indonesian students who finished school up to junior secondary school are functionally illiterate. This means that they are able to read but do not master the material they read. Compare this with a similar problem in Vietnam which is only 14 percent.

The impact of this lack of understanding of lesson content is what drives functionally illiterate Indonesians to find jobs in low-productivity sectors.

Meanwhile, the gap in quality between schools in this country is also very large and has not been resolved to date.

One reason is that the stakeholders and policy makers in Indonesia have been shackled by the illusion of progress for so long, which manifests itself in the rise of isomorphic mimicry. This means that policy reforms tend to be superficial and are often implemented to make a good impression to donor agencies even though they do not have an impact on improving the quality of education services.

Isomorphic mimicry can be considered a common mistake made also with donor agencies who also played a role in creating this policy because they encourage developing countries to pursue international standards that are actually difficult for them to achieve.

Various policies to boost the quality of education in this country have been made by the central and regional governments in the era of decentralisation in the last twenty years. Some fundamental examples of system change are reducing cheating by implementing the Computer-Based National Examination (UNBK), and since 2015 making the National Examination (UN) no longer a determinant of graduation and admission of new students.

Efforts to overcome cheating and remove the requirements of graduation and admisision of new students based on the UN results should be appreciated. However, it is not enough to make the education system function properly because isomorphic mimicry is still rampant in numerous education policies, including in many regions.

The UNBK results need to be analysed further to improve the quality of learning by reducing the quality disparity between schools. Thus, each school has relatively equal opportunities to compete.

Entering the era of the 2000s, global efforts emerged to build education for all, which focused on providing access to schooling, as reflected in the second goal of the Millennium Development Goals (MDGs) from 2000 to 2015. This step was then continued to pay more attention to the quality of education through the fourth goal of the Sustainable Development Goals (SDGs) from 2015 to 2030.

However, learning crises persist in many parts of the world. A Lant Pritchett study in 2013 reported that many children go to school without accessing proper learning services. Many countries that have reformed education have failed to achieve their goals, one of which is Indonesia.

Since the end of the New Order era in 1998, Indonesia has reformed the education sector a great deal with the support of two important regulations. First, the decentralisation policy in 1999, which devolve the matters concerning primary and secondary education to districts and cities. Second, the amendment to the 1945 Constitution in 2002, which require the allocation of 20% of the state budget for education.

As a result, according to the association of developed countries that are members of the Organization for Economic Co-operation and Development (OECD), Indonesia has become an innovative country in the field of education, even ranked second after Denmark. Unfortunately, this impressive achievement does not mean that the allocation of large funds for education development in Indonesia has paid off.

RISE's findings show that between 2000 and 2014, the quality of mathematics learning in Indonesia stagnated at a low level. The competency assessment of Indonesian students called AKSI in 2016, which was carried out by the Ministry of Education and Culture, also provided a similar picture.

Pritchett described such phenomena as isomorphic mimicry. The government imitates innovative policies practiced in other countries, which are not necessarily suitable for implementation in Indonesia because of the different contexts.

In fact, not all successful practices in other countries are applicable in regions with complex and extensive education system characteristics, such as Indonesia.

For example, the teacher continuing professional development (CPD) programme practiced by fourteen countries in Africa, Central and Eastern Europe, Latin America and the Caribbean, the Middle East and North Africa, and South and East Asia.

This programme was intended to improve teachers’ functions, meaning that teachers should be able to apply the CPD results to improve their learning process.

Although superficially innovative, RISE's latest study found several weaknesses in the CPD policy in Indonesia. For example, the design and objectives of CPD do not enritely fit teachers’ needs due to the inaccurate mapping of teacher competencies, and the pedagogical abilities of the instructors do not meet the expectations and the needs of the participants.

As a result, the participants of this programme simply received a refresher on the material they had actually learned during the undergraduate programme in education study.

In 2000, access to basic education in Indonesia was actually quite high: 96% for primary schools and 80% for junior secondary schools.

However, the government being preoccupied with the support of international programmes through the MDGs campaign to expand school access has caught Indonesia off guard in relation to the quality of learning. Whereas in fact, at least since 2000, improving the quality of basic education has become an urgent need.

In an effort to keep up with international development trends, according to research by Pritchett and his colleagues in 2010, developing countries often applied isomorphic mimicry strategies as if working according to certain standards to achieve the targets as required by donor agencies.

Philipp Krause of the Bill and Melinda Gates Foundation believes that donor agencies play a role in encouraging isomorphic mimicry because they set standards and targets that are basically beyond the reach of developing countries.

Replication of successful educational practices in other countries is not always bad; in fact, it can be more efficient because imitators do not need to start from scratch.

However, all forms of public policy must be based on well-designed and rigorously implemented research so that policies would function optimally because the context of one country is not necessarily the same as another country. Moreover, there are procedures that must be understood and obeyed.

Practitioners and academics have offered many ways to realise successful imitation practices to have a functional impact.

Do not let isomorphic mimicry create only an innovative image on the surface to attract financial support or some sort. When that happens, policy makers are lulled or have the illusion that they are making progress, whereas the reforms carried out did not improve their fundamental functions; they might even weaken the functions that were actually being developed. Policies based solely on isomorphic mimicry are difficult to achieve the targets.