Crisis in learning quality: Why do student guardians rarely question schools and the government? 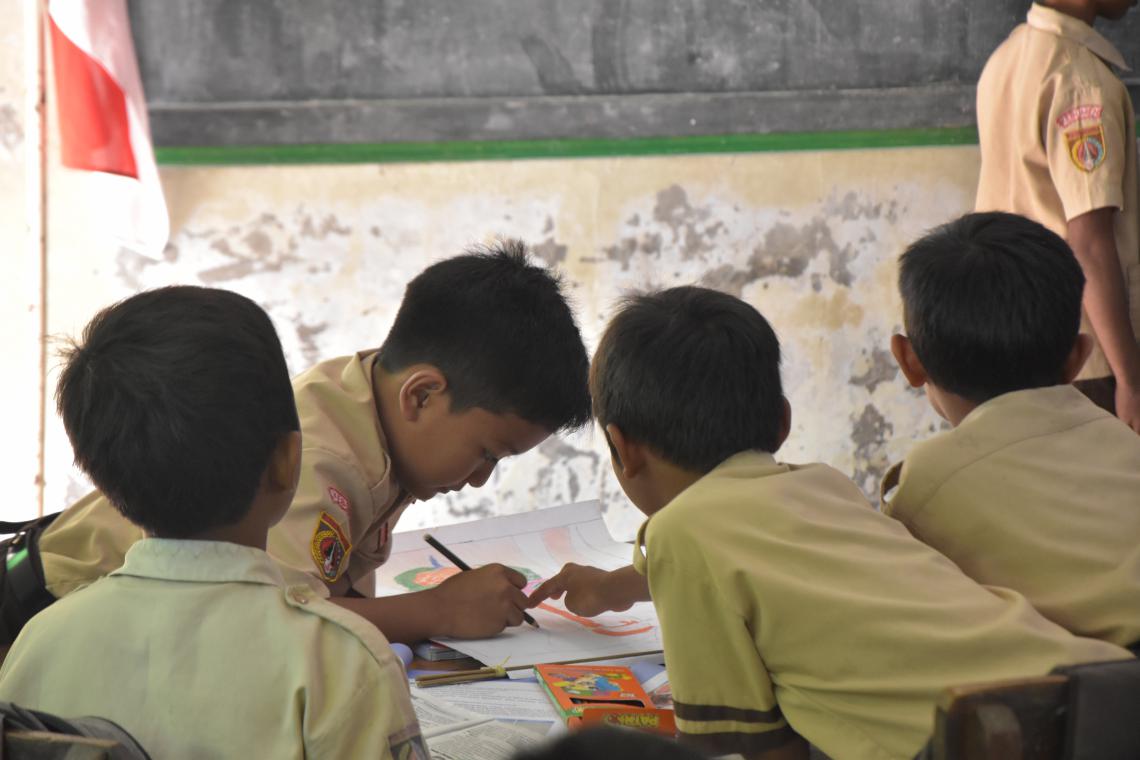 Despite the low quality of student learning in Indonesia, student guardians rarely question this acute problem openly and en masse to teachers, schools, government, and parliament. Parents deal with their children’s poor learning outcome by signing them up to private lessons.

The big question is, how should education policies be aligned with teaching policies in Indonesia to improve the quality of learning amid the increasing attention to character education?

Over the last few years, there has been widespread publicity about the low learning outcome of Indonesian students.

The 2018 RISE (Research on Improving Systems of Education) Indonesia study shows a crisis of learning in Indonesia. A large number of high school graduates have not mastered numeracy skills (simple number addition, subtraction, multiplication, and division) which they should have comprehended in elementary school. The primary reason for this is incomplete learning.

A similar result to those international tests is also visible in the Indonesia National Assessment Programme (INAP) 2016 held by the Ministry of Education and Culture (MoEC).

Since half a century ago, the course of education policy has always focused on providing the broadest possible access to school. It began with the SD Inpres Programme, was followed by the 1984 Six-Year Compulsory Learning Programme, and the Nine-Year Compulsory Education Programme in 1994. Although access to schools has become more and more widespread, to this date, the quality of learning is still low.

However, the continuous publications about Indonesia’s low quality of learning have not been enough to drive education stakeholders, including Commission X of the House of Representatives (DPR), which is in charge of education, to question the fact. There are 10 out of 47 members of Commission X who have filled out their profiles with activities, gallery, or agenda on their websites. Five of them show interest in education, but there is nothing about the quality of learning outcome.

During a study in West Nusa Tenggara, we found a local official who did not think that the low quality of learning is a serious education problem. “Education can work on its own,” the official said. That statement referred to the fact that every day, schooling is already being carried out; teachers teach and students go to school without any obstacles. The more critical issue in that particular district, according to the official, was to develop agriculture and irrigation; tourism; and micro, small, and medium enterprises.

We also have yet to expect much from the community, especially parents, to question the low quality of their children's learning. The reason for this, according to a survey cited in a 2010 study by Blane Lewis, a researcher from Australian National University, is that 86% of Indonesians already feel satisfied with the practice of education services. Only 7% of parents have questioned the poor quality of education to local governments, schools, the Education Council, or the parliament. Instead of demanding improvements in the quality, parents who know their children's learning outcomes are low prefer to pay private tutoring for their children.

Attention to the quality of learning is far less than that of character education, as shown in the 2018 study by RISE Programme in Indonesia. Intellectual discussions and public discourses on education are fixated on moral degradation among students; such discussions are even more impassioned than those on low learning outcomes.

The public’s interest in character education is generally motivated by concerns about unfavourable behaviour among adolescents, such as brawls and bullying, drug use, faded sense of nationalism, and teenage conducts contesting religious norms. These concerns have prompted education administrators to carry out character education with a strong emphasis on the aspects of morality, nationalism, and religiosity.

The indication of such implementation is evident in, for example, the guideline for the implementation of character education, which governs religious activities before class begins. Purwakarta Regency released a Student Control Book that enacted Morning Prayer and reading the scripture as one of the guidelines for teachers and parents to assess a child’s character. The tendency to increase character education also occurs in Bali.

The high priority of stakeholders on aspects of morality, religiosity, and nationalism in character education has the potential to shift attention from the crisis of the quality of education, whereas the underlying philosophy of character education policy is not to dichotomise character-related and academic elements.

Moreover, as shown in the findings in the 2018 RISE study, delegation of duties and authorities from the state to the central government bureaucrats, then forwarded to the regional government, then to the school principals and teachers, to align character education and academic teaching is incoherent. Consequently, the stakeholders tend to interpret that in implementing character education, they need to emphasise aspects of morality, religiosity, and nationalism.

The word “character” indeed is full of meanings; in the context of religion, it is closely related to morals. In practice, stakeholders tend to carry out character education outside of academic teaching activities, whereas, in principle, character education can strengthen academic teaching results through the development of good character traits, such as working hard, self-discipline, honesty, inquisitiveness, love for reading, care for the environment and community, appreciation to achievements, being democratic, loving the country, and being responsible.

So, how can the process of learning be improved?

The slogan “Building an Intelligent and Noble Generation” issued by the MoEC underlines the importance of intelligence and character in a unified learning process.

In line with that, fostering intelligence in children is as important as instilling various positive character traits, as formulated in the Concept and Guidelines for Strengthening Character Education for primary and junior high school students.

Bureaucrats in the education sector seem to want to balance intelligence and character at the conceptual level. However, there is still uncertainty in whether such practice has been appropriately implemented at the school level. For this reason, researchers, academics, and education practitioners need to share the results of research and experience so that they can become policymaking references that balance academic teaching and character building.

So long as student guardians do not see any problems in academic teaching, it is difficult to expect them to be a driver in the improvement of the learning quality, whereas, in fact, mobilising student guardians to get involved in guarding the quality has the potential to bring change.

In many schools, student guardian communities or organisations have begun to appear in each class. They are active in groups and communicate via WhatsApp.

One way to attract parents’ attention to children’s learning activities is by establishing a national policy that requires homeroom teachers to announce the outline of the monthly learning programme to student guardians. That way, mobilisation of student guardians will not only concern school facilities and infrastructure or character strengthening, but also children’s quality of learning.

The executive branch of the government has begun to launch policies to improve the quality of learning, namely the zoning programme on new student admissions. Having a parliament that is critical of bureaucrats’ mindset, which is entangled in matters of physical facilities and infrastructure, will accelerate the learning quality of Indonesian students.