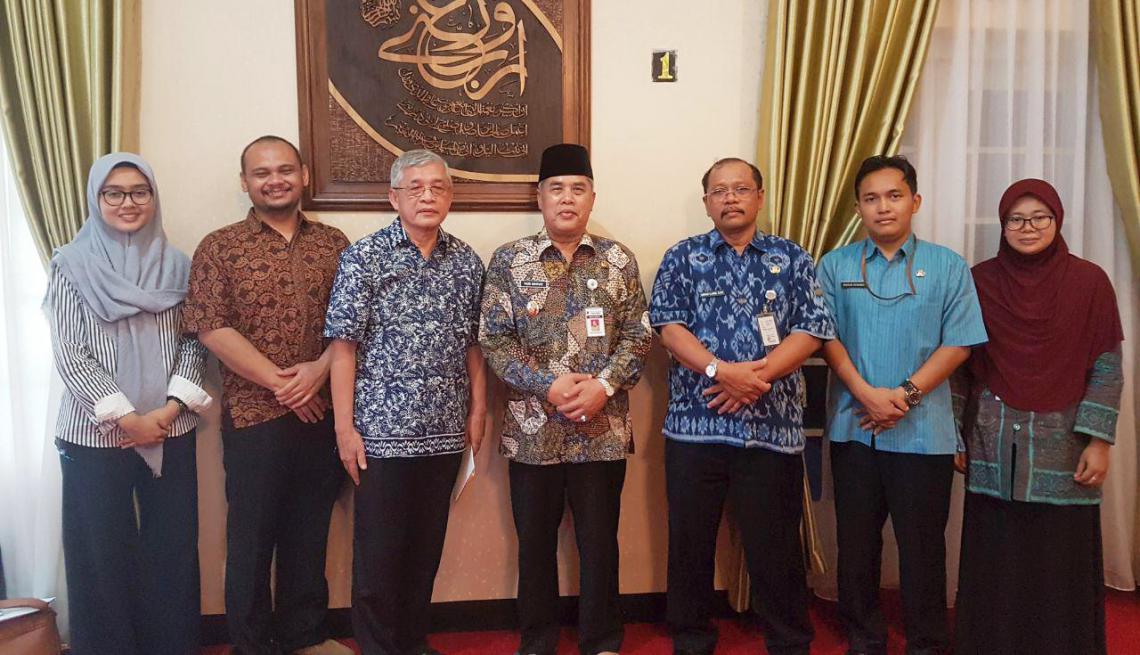 The RISE team with the Acting Regent of Kebumen District (centre), the Head of Education Agency of Kebumen, and the staffs. | Photo: RISE Doc.

In mid-May 2018, the RISE Programme in Indonesia team visited Kebumen District to explore the possibility of the region being the location of a learning laboratory for the Education Policy Innovations at the District Level Study (Reform Area B). For two days, the Team held a meeting with a number of both education stakeholders and government officials in Kebumen to discuss about the condition of education in the District.

Kebumen is one of the districts located in the southern part of Central Java Province. This district has a high number of teachers with a minimum of D4-graduate qualification, which is more than 90% for primary teachers to senior secondary as well as vocational school teachers. In terms of student, the results of the junior secondary school (JSS) level National Examination (UN) in Kebumen in 2017 was above the national average. 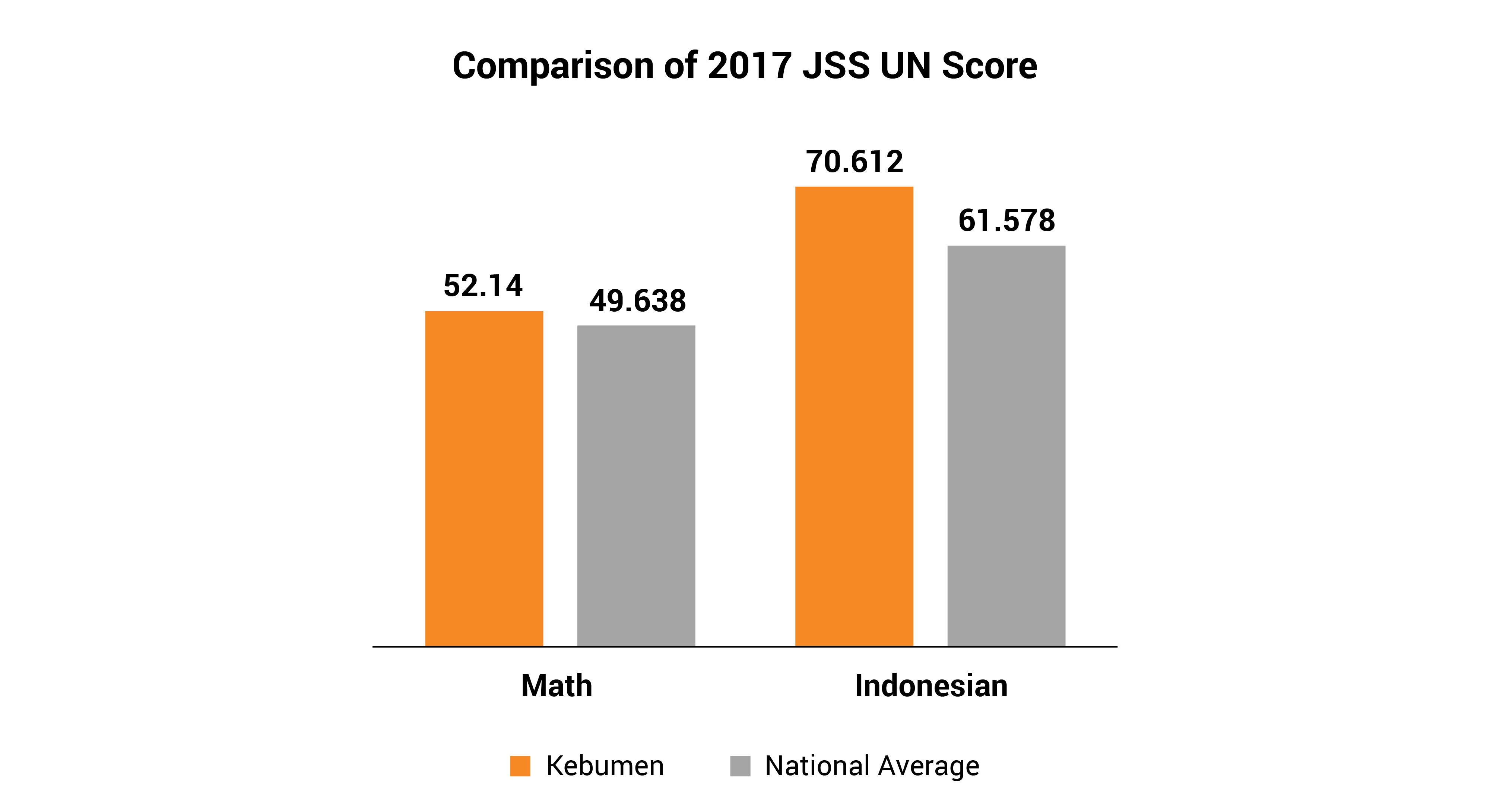 Kebumen has recorded a number of innovations in education, such as Comprehensive Teaching and Learning (CTL) Training Programme for primary teachers, One Teacher One Book training, and scientific writing training. All of those programmes aim to improve the quality of teachers.

Considering the enthusiasm shown by education stakeholders in Kebumen, especially with the various said innovations, RISE eventually chose Kebumen District as one of the locations for its learning laboratories.

Hearings with the District Government of Kebumen 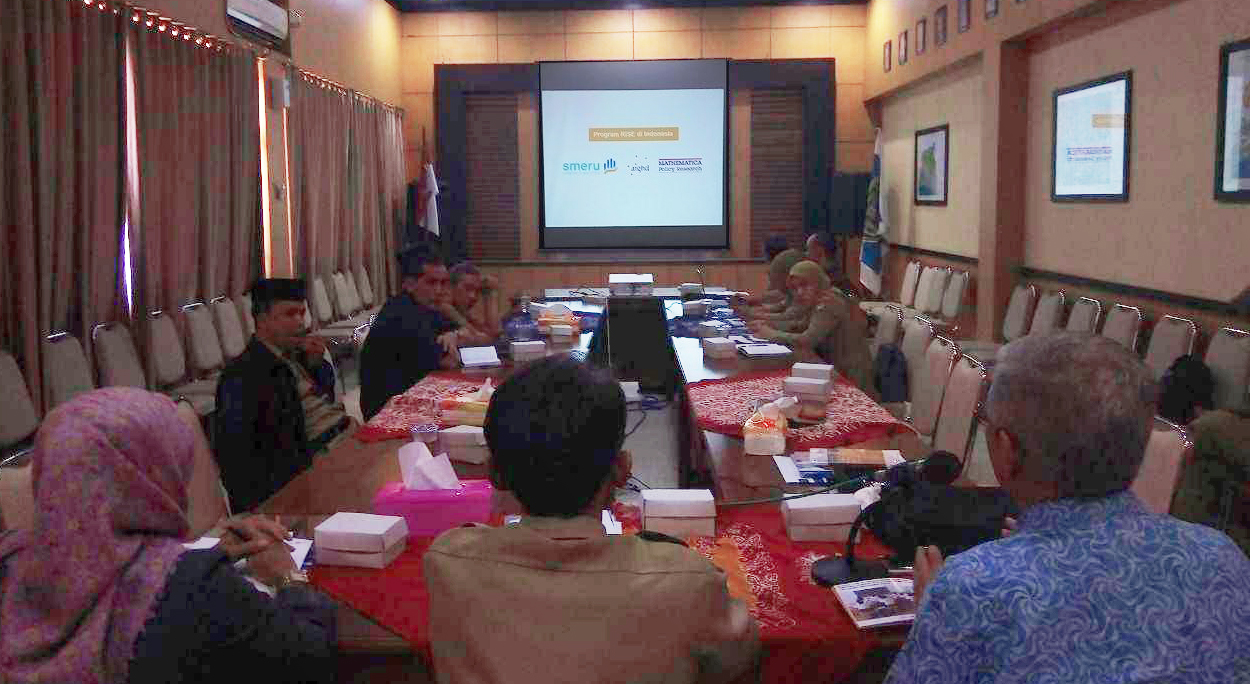 The RISE team when visiting the Bappeda office. | Photo: Mirza A. Izati

After RISE team presented about SMERU and the purpose of the visit, Joni said that he agreed to the improving the quality of education, which was time to become the focus of regional policy in the education sector. He also expressed his hope that the results of SMERU’s research could be used to help develop the 2022 Regional Medium-Term Development Plan (RPJMD). In addition, Supriyati appreciated the implementation of RISE and gave support to the Programme run by SMERU. Some of the problems faced by Kebumen in education were also discussed at the meeting.

Afterwards, the RISE team met with the Head of Kebumen Education Agency H. Ahmad Ujang Sugiono, S.H. at his office. There, the Team again presented the purpose of both the visit to Kebumen as well as the establishment of the learning laboratories—including the reason for choosing the District. Ahmad welcomed the plan and gave an overview of the conditions of education in his region and several education innovations that has been carried out by the Agency. 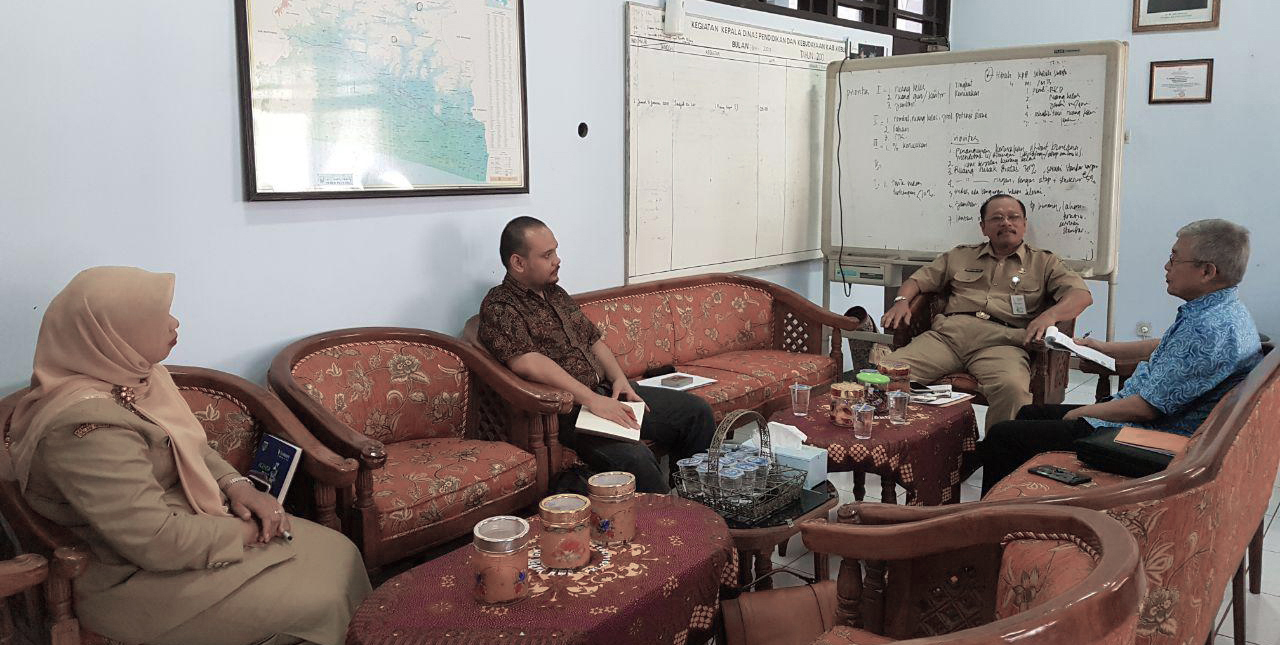 Hearing with the Head of Education Agency of Kebumen and staffs. | Photo: Mirza A. Izati

Lastly, the RISE team had a hearing with the acting Regent of Kebumen K.H. Yazid Mahfudz at his home. Ahmad was also present in this meeting; he started by explaining about the purpose of RISE team’s visit to Kebumen. He also stated his support on the Team’s research plan. Responding to this, Yazid expressed his gratitude, appreciated and supported the implementation of the research in Kebumen. He hoped that the research could be focused on improving the quality of teachers and students. At this meeting, the RISE team submitted several documents, such as the draft of memorandum of understanding (MoU) and several SMERU’s publications. 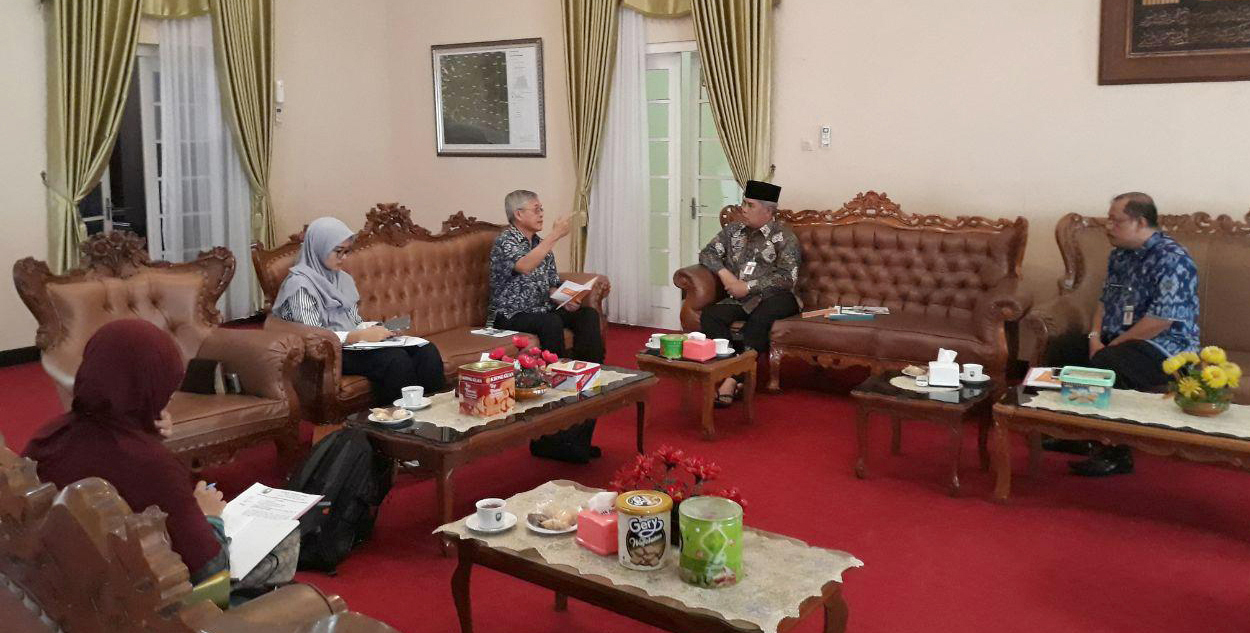 The RISE team during hearing with the Acting Regent of Kebumen District (second from right). | Photo: Luhur Bima 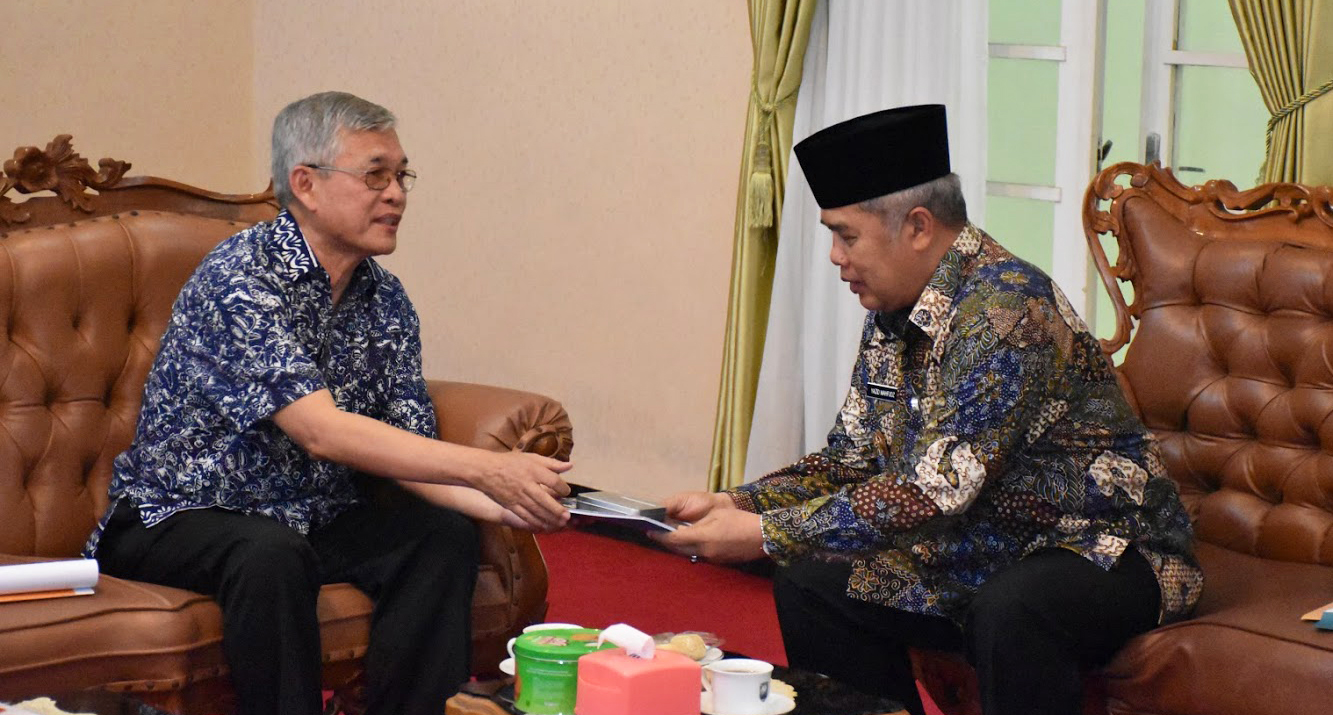 Syaikhu Usman (left), representing the RISE team, handed over the MoU draft and a number of SMERU’s publications to the Acting Regent of Kebumen District. | Photo: RISE Doc.

As a follow up to the visit, RISE and the Kebumen District Government signed a memorandum of understanding (MoU) to establish collaboration between both parties. Through the signing of this MoU, RISE's long-term research in Kebumen officially began. 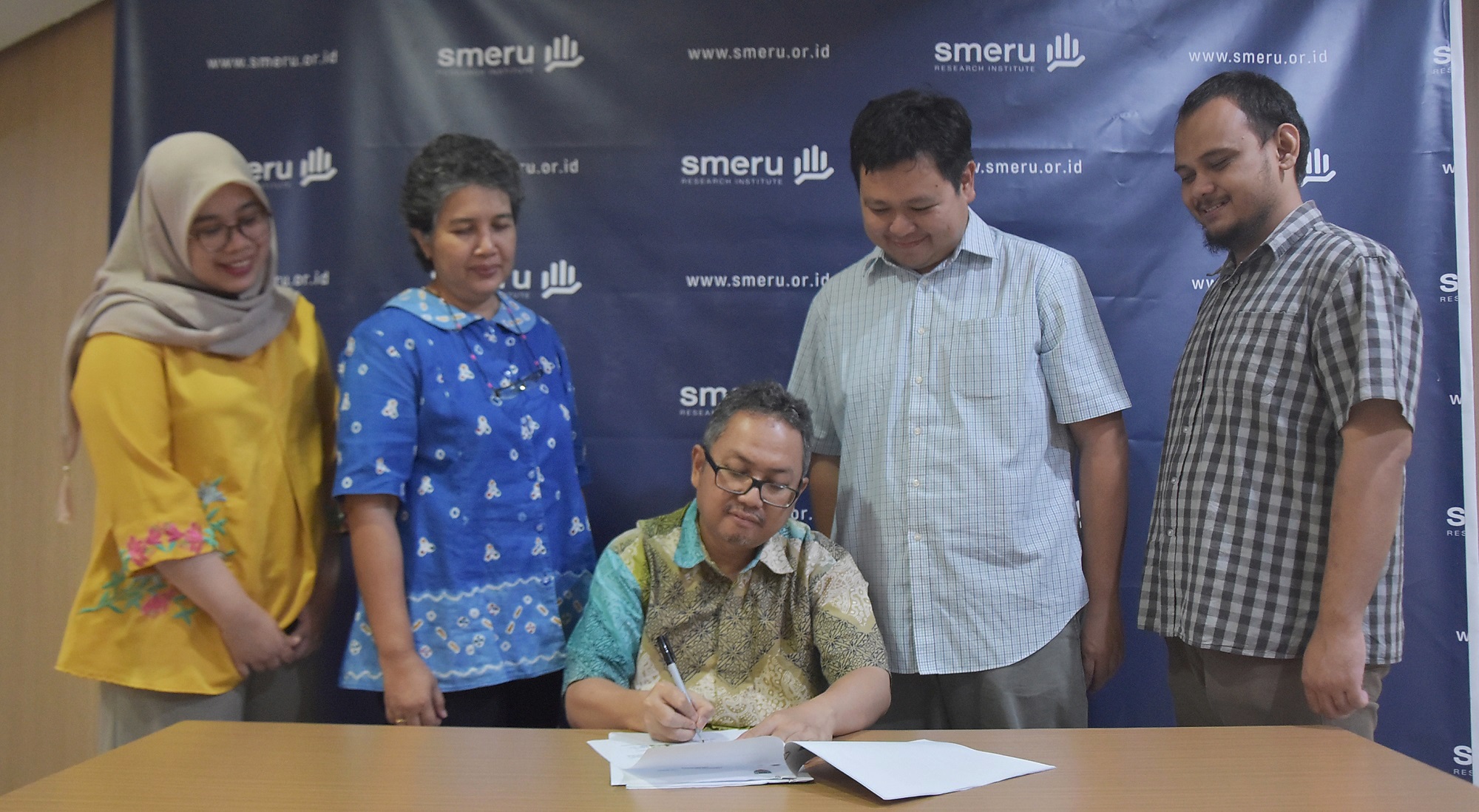 The signing of the MoU on collaboration between RISE and the Kebumen District Government in Jakarta, which was represented by Dr. Asep Suryahadi (Director of SMERU/ Chair of the Steering Committee of RISE Programme in Indonesia) and witnessed by representatives of the RISE team (Daniel, Bima, and Anti) and SMERU’s Head of Communications Section. | Photo: Tony Liong

The first step after the signing of the MoU was to carry out a diagnostic study to find obstacles and potentials for education in Kebumen. The RISE team returned to Kebumen in late August to early September 2018 to conduct a diagnostic study with education stakeholders in the District. The results of this learning diagnosis will determine the direction of RISE research in Kebumen.