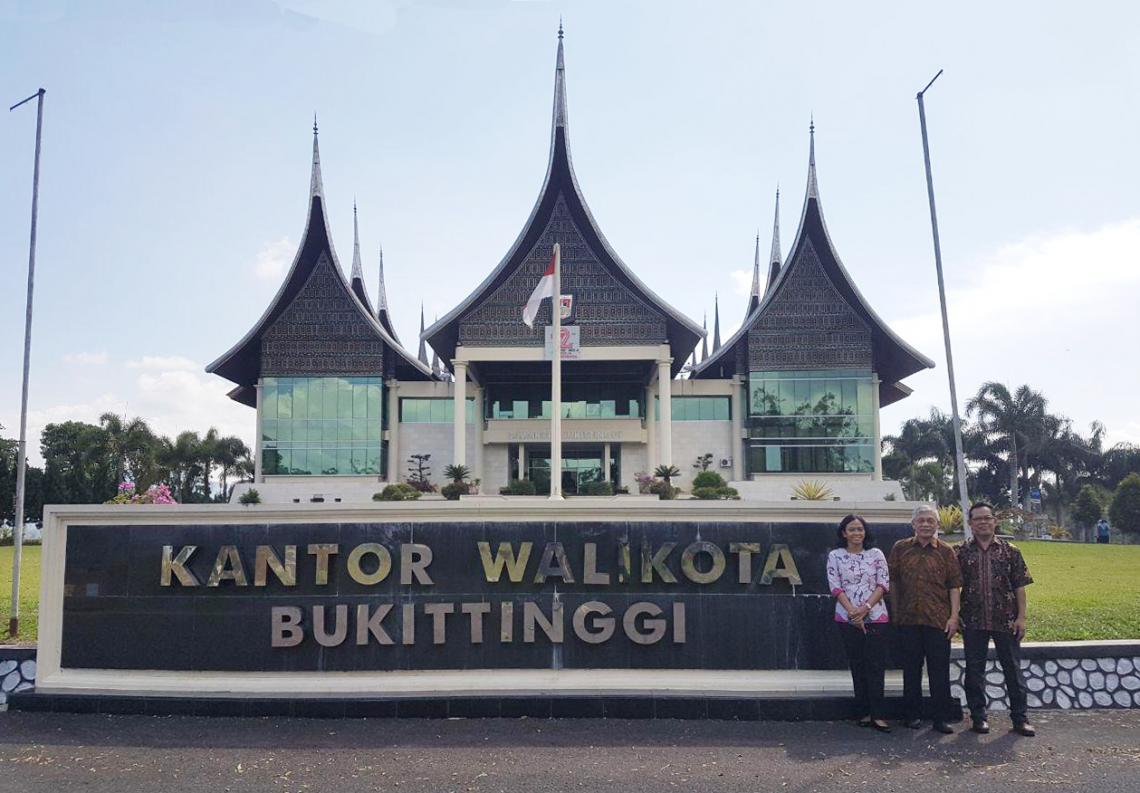 The fourth location of RISE learning laboratory is the City of Bukittinggi. The second most populous city in West Sumatra Province has set education as one of its superior potentials.

The results of both telephone survey and media-tracking carried out by the RISE team showed that Bukittinggi has made a number of innovations in education, including the Tendik Guru Hebat or Great Teacher Educator (writing training programme for teachers), Digital Class (aims at optimizing the role of the Internet and digital technology on the learning process), and implementing incentives for honorary teachers.

In this city with a population of 126,804 people and an area of 25.24 km2, more than 33,000 students are enrolled in primary and junior secondary schools for the 2017/2018 school year. In terms of teacher qualification, at least 90% of around 2,000 teachers in Bukittinggi have a D4/S1 (bachelor’s) degree. The results of the Teacher Competence Test (UKG) in Bukittinggi are also above the national average (2016 Regional Education Budget).

From 7 to 12 May 2018, the RISE team conducted its first hearing with education stakeholders in Bukittinggi to explore the possibility of a collaboration. At this hearing, the RISE team met with Bukittinggi’s Mayor H. M. Ramlan Nurmatias, S.H., the Regional Secretary H. Yuen Karnova, S.E., M.E., the Head of Education Agency Drs. Melfi, M.Si., the Research and Development Planning Agency (Bapelitbang) team, and representatives of the Regional Representative Council (DPRD). To get an overview of the impact of policy implementation on schools, the RISE team also visited two education foundations in Bukittinggi, the Al Azhar Islamic Education Foundation and the Prayoga Foundation. 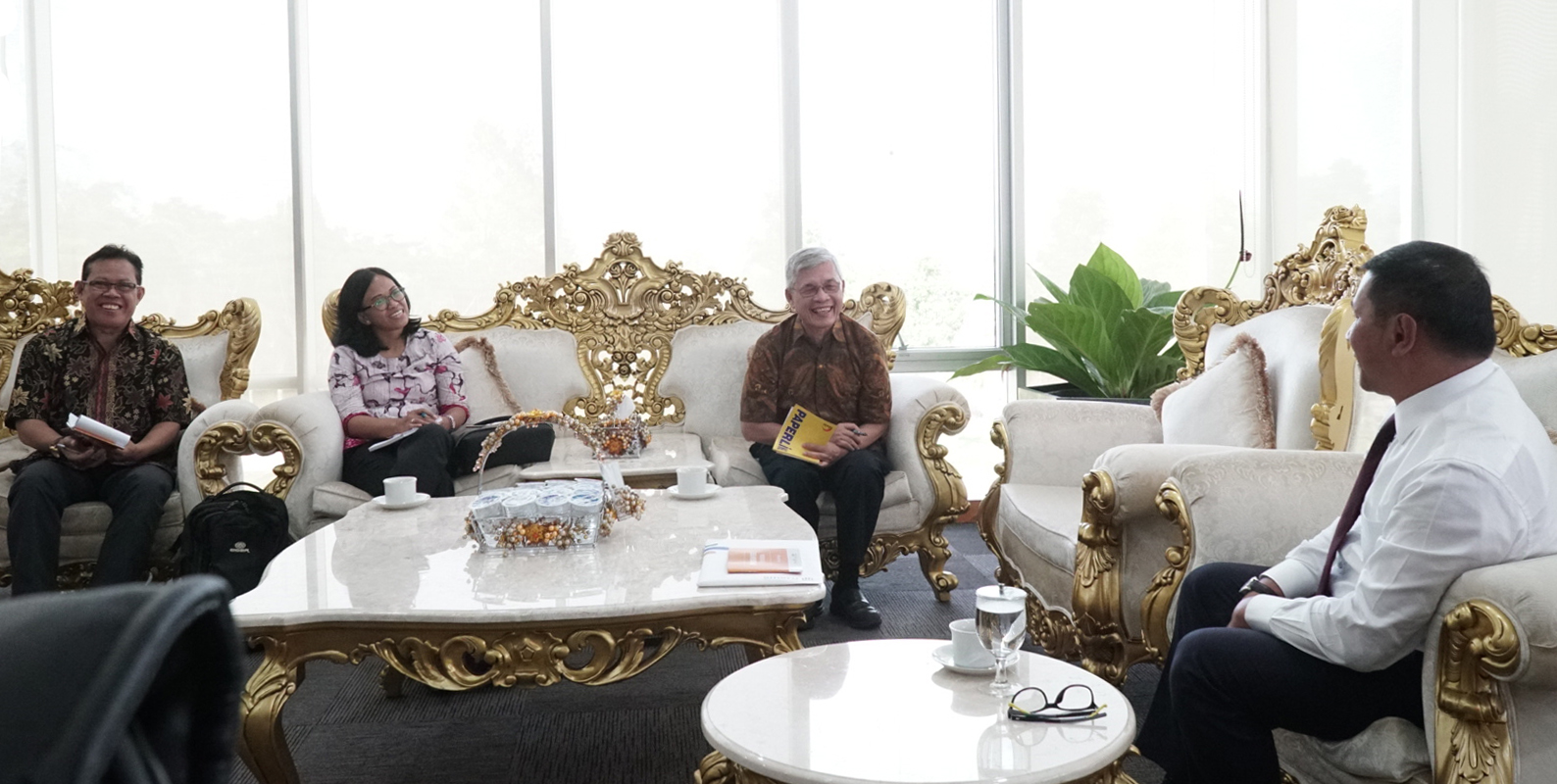 The RISE team were conducting a hearing with the Mayor of Bukittinggi H. M. Ramlan Nurmatias, S.H. In addition to discussing the collaboration plan, he also explained about the condition of education in Bukittinggi, including the responsibility of the City Government in providing school access to the surrounding districts/cities. | Photo: Doc. Public Relations of the Government of the City of Bukittinggi 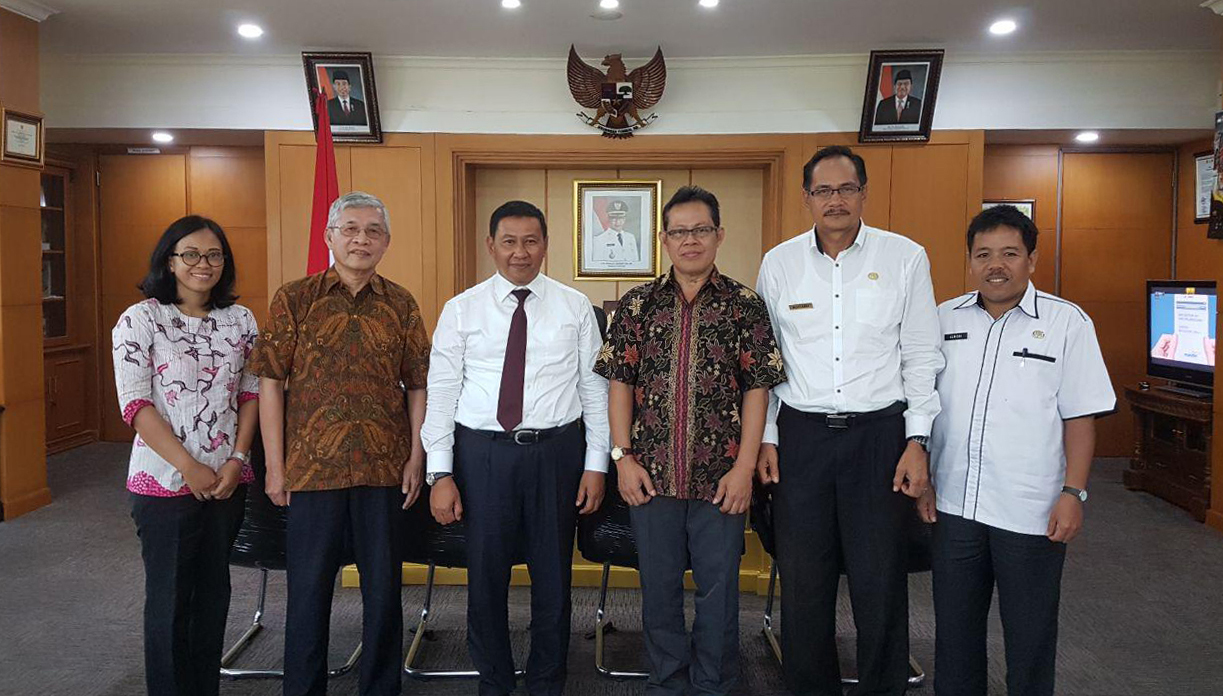 The hearing of RISE team with the Government of Bukittinggi in May 2018 was attended by Mayor H. M. Ramlan Nurmatias, S.H. (third from left), Head of Education Agency Drs. Melfi, M.Sc. (second from right), and Head of Almisri Basic Education Development Division (right). | Photo: RISE Doc.

The RISE team met with Bukittinggi’s DPRD Secretary Drs. Hermansyah, M.Si. and Chairperson of the DPRD Education Sector Commission Asril, S.E.  The topics discussed included the application of technology and information in the field of education and equal distribution of the quality of education between schools. | Photo: Akhmadi 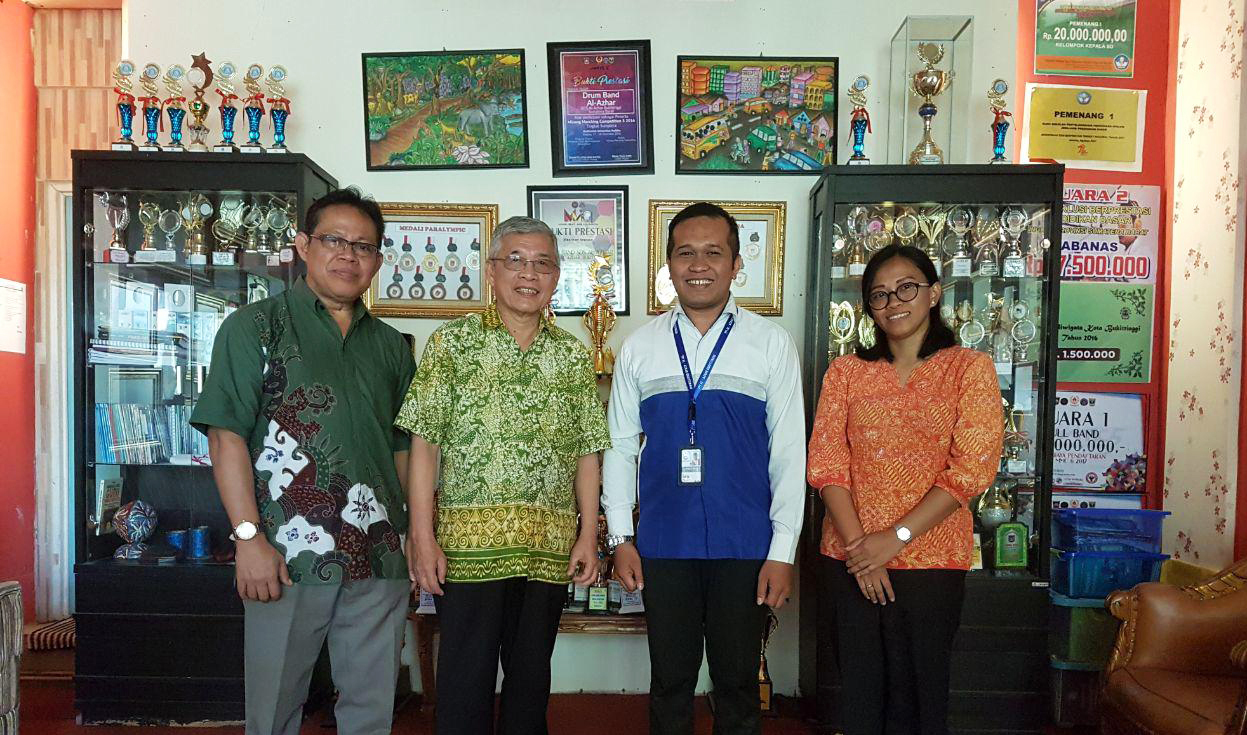 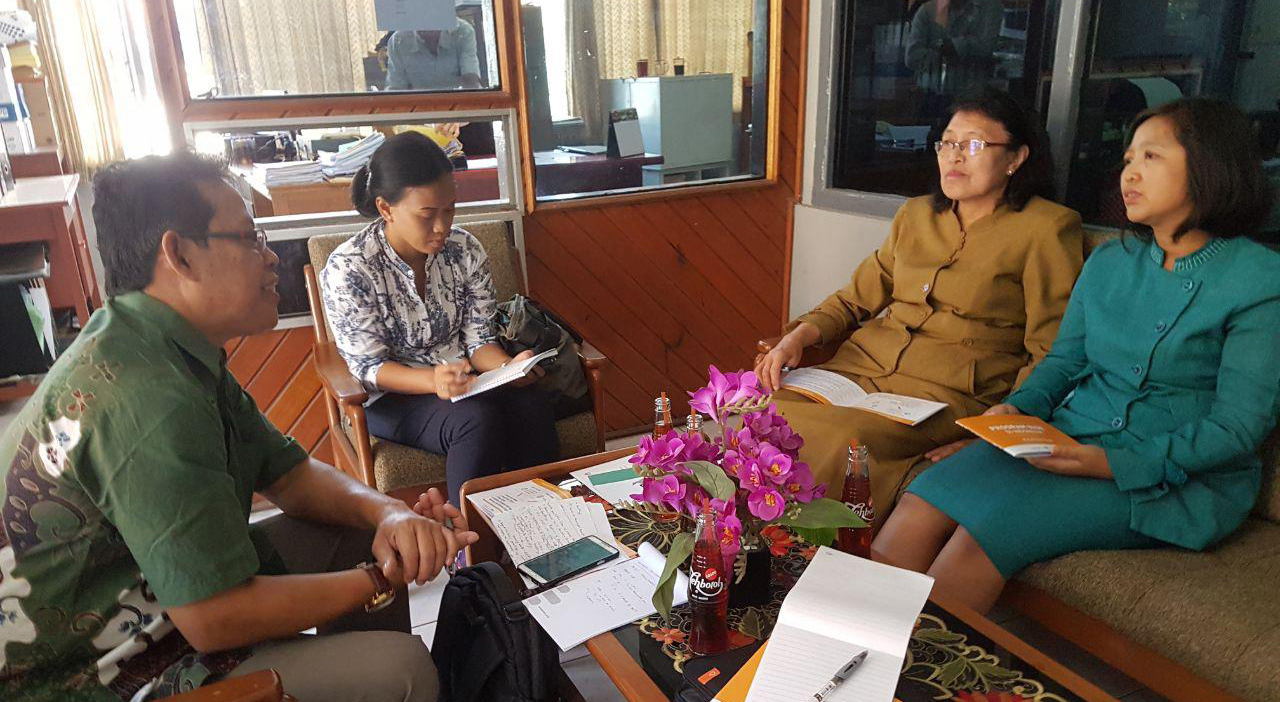 The RISE team also met with the head of education and principal of Xaverius Junior High School, which was under the auspices of the Prayoga Foundation. Both also shared about the impact of education policies, including incentive policies for honorary teachers and Computer-Based National Examination (UNBK). | Photo: Syaikhu Usman

The collaboration between the Bukittinggi City Government and RISE officially began on 10 September 2018. This cooperation was established through the signing of a memorandum of understanding (MoU) between the Mayor of Bukittinggi and Director of the SMERU Research Institute Dr. Asep Suryahadi. 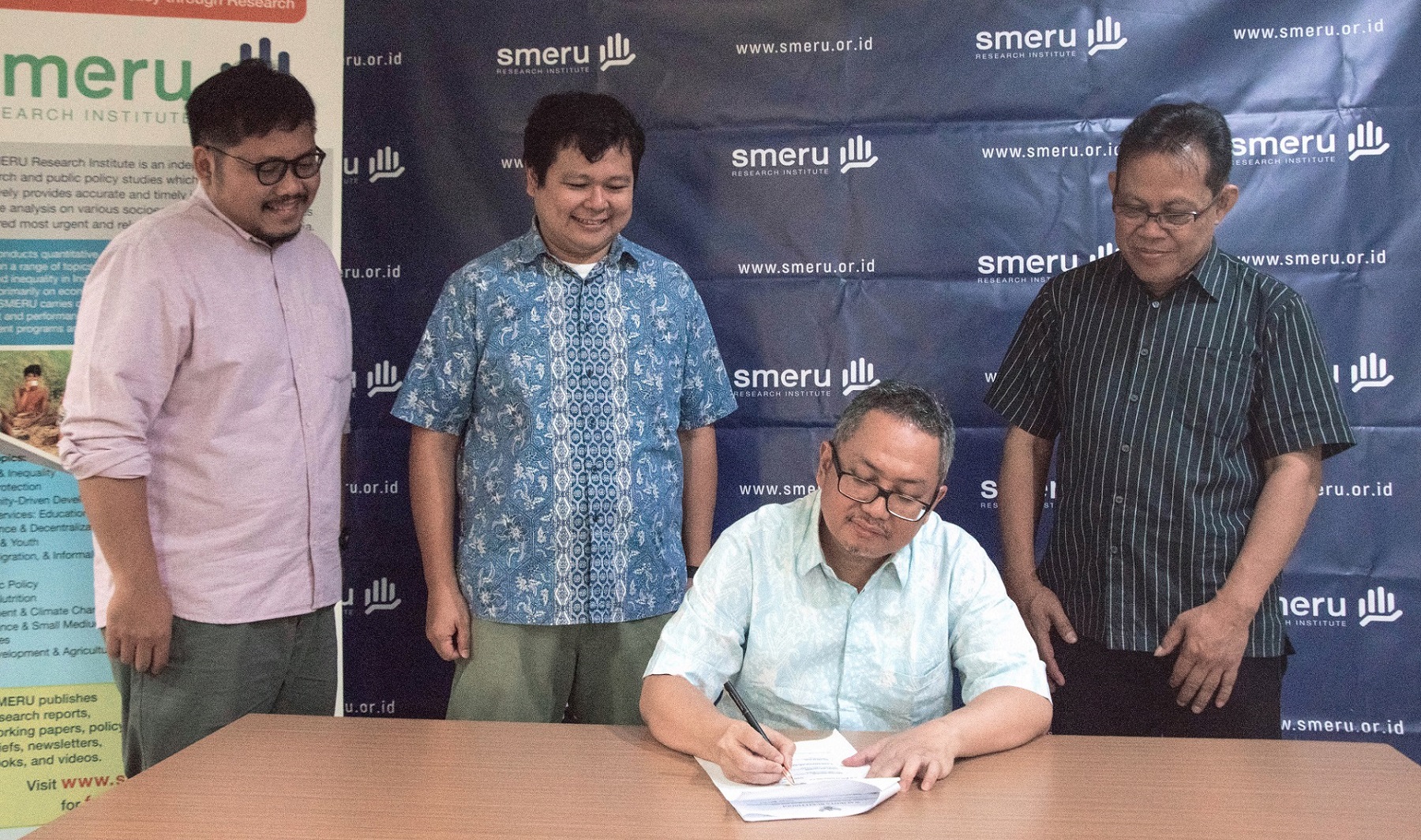 The signing of memorandum of understanding (MoU) on collaboration between RISE and the Bukittinggi City Government in Jakarta by Director of SMERU/Chair of the Steering Committee of RISE Programme in Indonesia Dr. Asep Suryahadi (second from right) and witnessed by the representatives of RISE team. | Photo: Tony Liong