The Complications of Contract Teacher Status 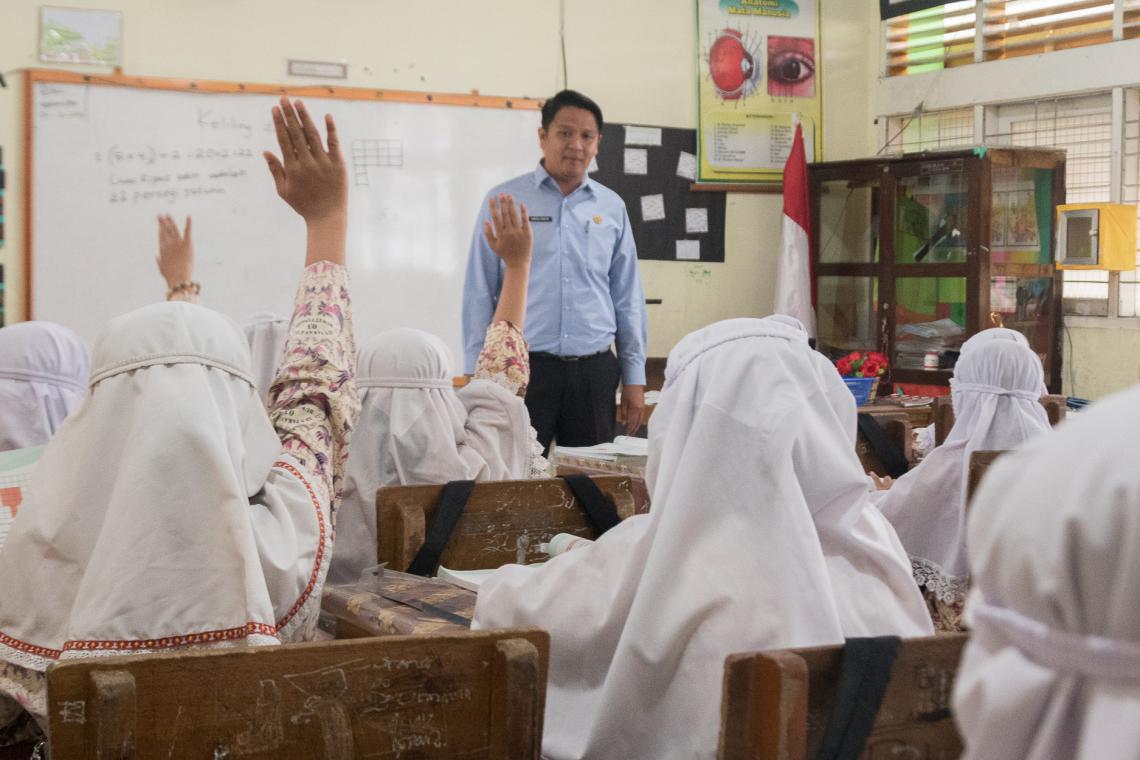 When Indonesia was under the centralised government system, teacher recruitment was administered by the central government. At that time, the recruited teachers failed to meet teacher needs in many regions in Indonesia, especially in remote areas. To overcome teacher shortage issue, the central government then allowed local governments to recruit teachers to be assigned in their areas without having to pass the general track (civil servant enrolment test). Teachers recruited through this track are known as contract or honorary teachers.

In 2005, Indonesia’s president at the time, Susilo Bambang Yudhoyono, issued Peraturan Pemerintah (PP) or Government Regulation No. 48 on the Promotion of Honorary Workers to Become Probationary Civil Servants. The Regulation stipulated that all contract workers, including teachers, could be promoted as calon pegawai negeri sipil (CPNS) or prospective civil servant without having to go through the selection track. The promotion of contract teachers to become prospective civil servants was done in stages, prioritising the oldest teachers and/or those with more years of service. The promotion period started in the 2005 fiscal year and was to be completed in no later than the 2009 fiscal year.

In 2007, the central government passed PP No. 43 on the Amendment of PP No. 48/2005. The 2007 Regulation mentioned that the promotion of contract workers to become prospective civil servants were prioritised for, among others, teachers.

Since the 2009 fiscal year ended, there were contract teachers who were “left behind” or had yet to be promoted as prospective civil servant teachers. To address this matter, the government passed another government regulation, No. 56/2012 on the Promotion of Honorary Workers in 2012, which became the legal umbrella for the promotion of Honorary Workers Category 1 (K1) and Category 2 (K2) to become prospective civil servants. The issuance of PP No. 56 was expected to end the recruitment of contract teachers, thus improving teacher management, which should be based on competence.

K2: Honorary worker paid not by the state nor the regional budgets, was appointed by authorised officials who work in a government agency, has a minimum of 1 (one) year of service on 31 December 2005, and is still working; is between 19 and 46 years old on 1 January 2006.

The issuance of PP No. 48/2005 was also meant to prohibit the recruitment of honorary teachers by officials in any government agencies. Due to the number of teachers in remote areas were still lacking, contract teacher recruitment remained— schools and some local governments did the recruitments. The central government, on the other hand, no longer promoted honorary teachers to become a civil servant without selection. The appointment of honorary teachers to become civil servants must go through a selection process, as stipulated in Law No. 5/2014 on State Civil Apparatus (ASN). To date, the government has prepared a scheme of Pegawai Pemerintah dengan Perjanjian Kerja (PPPK) or contract-based government employees to solve the contract teacher issue. Based on the data from the Ministry of Education and Culture, the number of contract teachers in Indonesia is one-third of the total 2.9 million teachers across Indonesia (2019).